“Don’t Be Off Side With Your Health” 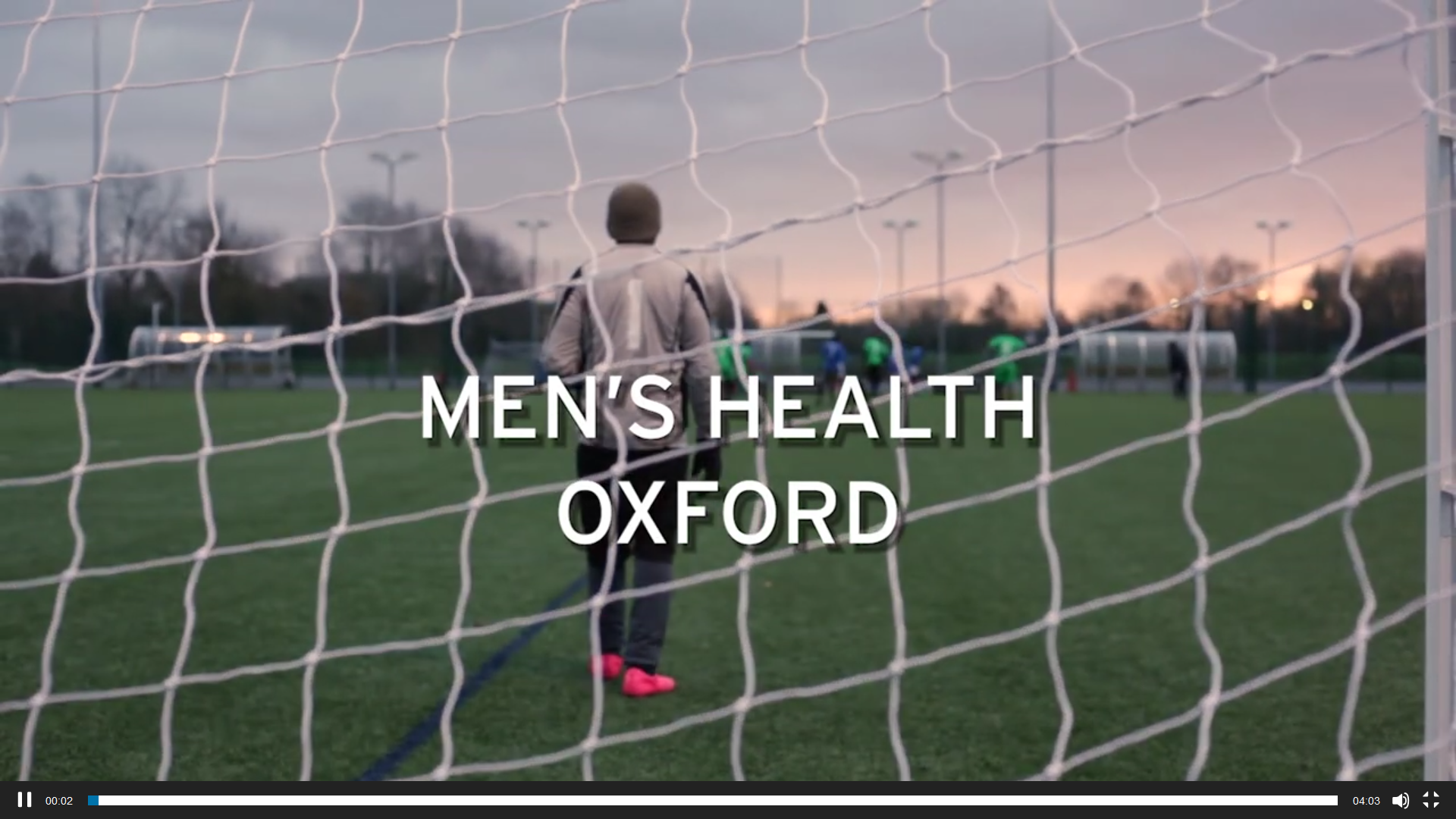 “Don’t be off side with your health”

A video showing how a men’s group from Oxford set out to raise awareness of NHS Health Checks and identified barriers to men from black, Asian, and ethnic minority communities to accessing health services has been released by Healthwatch Oxfordshire.

The film, ‘Men’s Health Oxford’, features East Oxford United, a men’s football club from the eastern side of the city. Last year, with the support of Healthwatch Oxfordshire the group ran a project looking at the problems men faced in leading a healthy lifestyle.

The project focused on involving men from black Asian and ethnic minority backgrounds, who had been shown to be at higher risk of diabetes and stroke. It involved community groups and more than 300 men from 22 nationalities, to understand the barriers to good health and to raise awareness of free NHS health checks in the community. It found that shift working and family commitments were some of the main barriers to men when it came to looking after their health and accessing health checks. The findings of the project will now help to shape the future of local NHS health checks.

Now, with funding from an NHS England Sharing and Celebrating Patient and Public Involvement in Healthcare community grant, this new video describes how the project came about and outlines some of the main findings. The four-minute video, made by Oxford film-maker Nicola Josse, includes interviews with members of East Oxford United who took part in the project.

Hassan Sabrie and Nigel Carter of East Oxford United said: “East Oxford United has very strong social networks and links with diverse, multi-ethnic communities in Oxford. Delivering the Men’s Health Project in partnership with Healthwatch Oxfordshire has enabled us to tap into and harness these valuable community assets to promote health and wellbeing.

“In particular, our community volunteers were able to reach diverse black, Asian and minority ethnic men living and working in Oxford who as a group can be disproportionately affected by health inequalities like diabetes and strokes. Our project has enabled men’s views on the barriers they face, and the things that enable them to enjoy good health and wellbeing, to be shared directly with decision makers to help better inform how they commission local services.”

Rosalind Pearce, Executive Director of Healthwatch Oxfordshire, said: “The report showed that men, in general, are aware of the importance of living a healthy lifestyle, and do take steps such as taking exercise and thinking about their diet. But it also showed that more could be done to make it easier for men to access free NHS health checks and information.

“We hope this video will take that message to a wider audience, and that people will enjoy watching it at the same time.”

The video was launched on Thursday March 7th 2019 at the Health Inequalities Commission’s Sharing Good Practice forum in Oxford.

You can watch the film at https://youtu.be/GcDG7wKMZ40