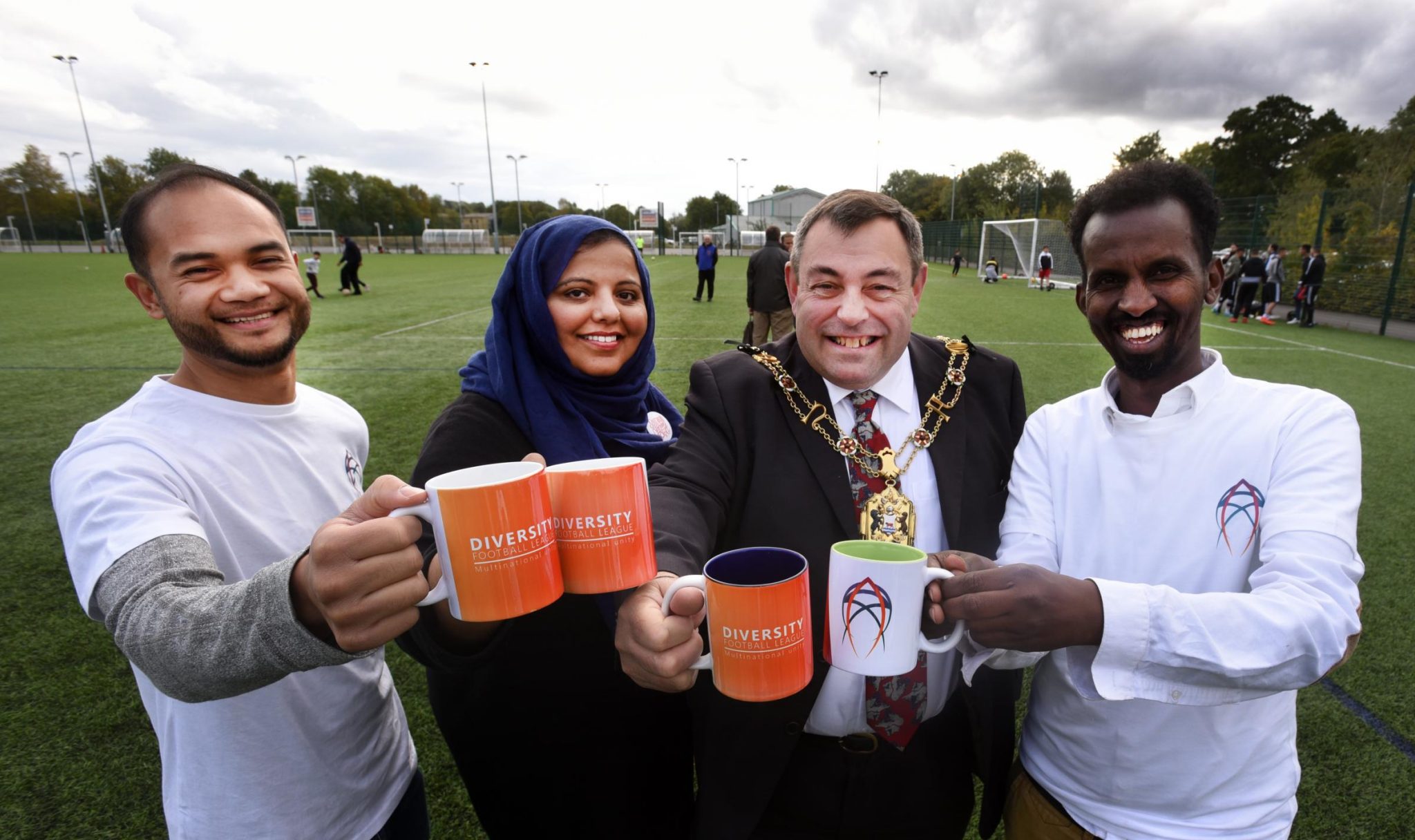 A FOOTBALL league with teams representing more than 20 countries kicked off its inaugural season this weekend in Oxford.

The Diversity Football League met for the first time on Sunday at Oxford City’s 3G pitch in Marston where 12 teams competed for countries including Eritrea, Romania, Nigeria and Syria.

Organiser Hassan Sabrie, who created the league with Mujahid Hamidi, said it was not just about bringing the community together but breaking down cost barriers.

He said: “Oxford has longed for a league this diverse which welcomes communities from all socio-economic backgrounds, especially those who may otherwise not have the opportunity to play in a league due to the high initial cost of entry.”

The league has been sponsored by local businesses to help pay for everything from kits and registration fees to publicity costs.

Mr Sabrie said contacts with businesses were established through the Community Cohesion Cup, formed three years ago as an annual celebration of Oxford’s diversity.

He added it was this event that had sparked the initial idea for the league, explaining: “Friendships grew between the teams and the desire to continue playing throughout the year had to be met.

“People have been asking me for a while to make this a year-round thing and I finally thought, ‘why not?’.

“It’s good for the city for people to come together like this and just enjoy playing football.”

Mr Sabrie said he hoped the range of nationalities taking part would grow each season from the 22 already featured to eventually surpass the 32 nations represented in the World Cup.

He added: “We’ve had such a great response so far and I know lots of community groups have only just put in their registration now.

“It’s all about spreading the word and letting people know what the league is all about.”

The project already has the backing of local councillors, with Shaista Aziz, who represents Rose Hill and Iffley, acting as an advisor for the league with a special focus on outreach work with refugees, women and girls.

She was at Sunday’s launch along with Oxford mayor Colin Cook.

Matches will take place every Sunday at Oxford City’s 3G pitch in Marston.